Have you got unwanted, out-of-date or disused household chemicals in your kitchen, bathroom, laundry, garage or garden shed?

Find your nearest Chemical CleanOut event to drop off your household problem waste for free!

Sales Agent Tim Woodham from George Brand Copacabana had a great start to the Spring selling season, selling 88 Del Monte Pl, Copacabana under the hammer for $1,205,000 on the weekend more than $300,000 above reserve.

The property is situated in a prime location close to Captain Cook Lookout with views south to Sydney and north to Norah Head. The 3 bedroom home is a 2 storey solid brick home with 2 large living areas but in need of renovation.

Now is the time.

The Showcase marketing strategy encompasses the best features of the private treaty and auction methods of sale.

Now is the time to act and achieve a premium price for your property.


As the Central Coast's largest real estate agency, our team of agents have a thorough understanding of the local market, the likely buyers and the process in which to achieve a premium result for you.

It is our role to give prospective purchasers great belief in your property and in turn, that belief can ensure the maximum number of interested parties. Creating competition for your asset is the best way to achieve a premium for you.

We have designed powerful marketing packages which are completely tailored to suit your property and the relevant target audience for it.

A competitive atmosphere is created by casting a wide net and securing as much enquiry as possible.
A cleverly constructed marketing campaign not only gives you an advantage over other properties, but provides you
confidence in knowing you have engaged every means possible to create the highest possible selling price.

“The Sydney market is slowing, not crashing”, according to RPData Core Logic’s Head of Research, Tim Lawless. Despite a seasonally strong result over the month of June, quarterly results show that values were only 0.8% higher in Sydney over the June quarter, which is down from 5% over the March quarter. Sydney’s annual rate of growth has eased from 15.9% three months ago to 13.7% over the twelve months ending June, 2017.

On the rental front, it has been good news for investors, whilst the pace of capital gains is moderating, rental growth has been rising with rents in Sydney increasing 4.5% over the past 12 months, with similar results locally. This growth turnaround will be very much appreciated by landlords looking to recover higher mortgage costs.

You don't have to be stuck with dodgy decor or boring bathrooms - there are easy solutions to make your rental feel like your own.

A mortgage may clamp a significant financial chain around your ankles, but with that great responsibility also comes great freedom.

Namely, to do what you like to your own home (subject to council approval, of course).

Rental tenants, on the other hand, have traditionally seemed stuck with whatever dodgy decor, poky layout or boring bathrooms their landlord bestows upon their digs. But while you may not be knocking down walls any time soon, there are plenty of solutions you can use to make your rental feel much more like your own.

Getting ahead in the property market or even getting your foot in the door has proven increasingly difficult over past years with property prices only continuing to rise with purchasing a property being out of reach for so many people. It's not all doom and gloom as the NSW government has just announced they will help first home buyers get into the property market with more than $1 billion of stamp duty concessions and measures to level the playing field with investors under reforms unveiled by Premier Gladys Berejiklian to tackle housing affordability.

Under the package, first home buyers of existing and new properties costing up to $650,000 will be exempt from paying stamp duty from July 1 2017. The changes to stamp duty concessions are estimated to deliver savings of up to $24,740 for a first home buyer in NSW. As well, the 9 per cent stamp duty charged on lenders' mortgage insurance – often required by banks lending to first home buyers with small deposits – will be abolished.

Mistakes You're Making in Your Living Room - www.realestate.com.au

Considering we spend 80% of our lives in this space (I made that figure up based on my love of reality TV), you really need to ensure it’s looking and performing at its very best.

So here are some of the rookie decorating mistakes you’re making in your living room, and the quick fixes that’ll help you resolve these design crimes.

Read More: Mistakes You're Making in Your Living Room

Why location is crucial when it comes to investing in property Historically, the residential property market has been very kind to Australian investors and owner-occupiers alike.

In the past there was less of a need for careful research because to a certain extent, the return on buying or investing in property was quite lucrative.

Yet this table showing the price growth in two different Melbourne locations over the last 40 years helps explain why some areas achieve much better price growth than others.

Read more: Why location is crucial when it comes to investing in property 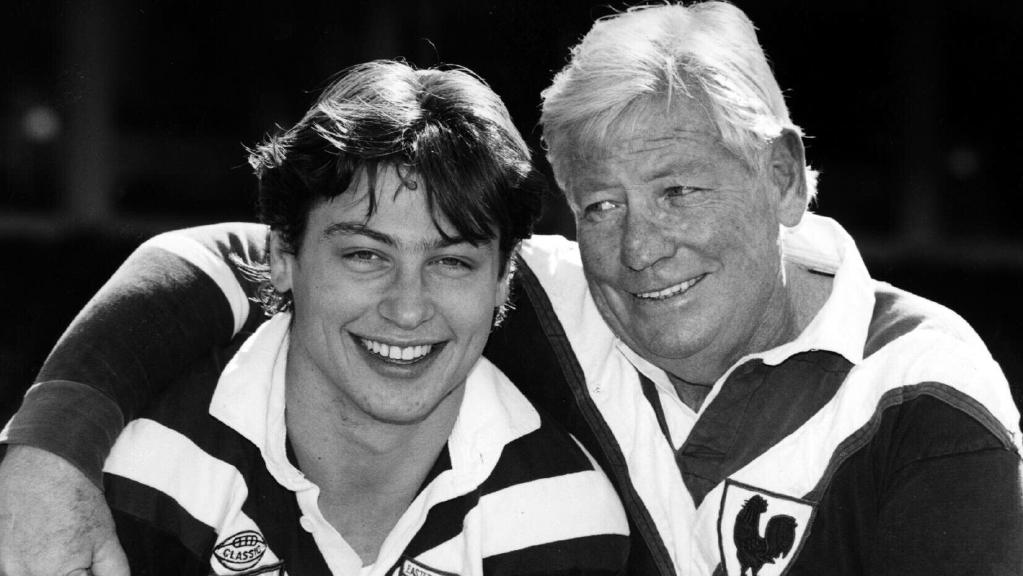 Doug played several seasons of league with the Eastern Suburbs’ Roosters, before finishing his career at the Penrtih Panthers.

His son, Luke, is well-known as the longest serving player at the Sydney Roosters, and as husband to media personality Kate Waterhouse.

“He’s been in the building 17 years. He was one of the original residents,” Mr Lamont said.

Multiple economic indicators are pointing to softer housing market conditions Australia wide. The recent RPData Core Logic May home value index confirmed that capital gains trends have slowed with Sydney dwelling values remaining unchanged for the month of May. According to RPData Core Logic head of research, Tim Lawless, the market has lost momentum in our city, primarily due to affordability constraints, tighter credit policies, rising mortgage rates, and a downturn in consumer sentiment. The jury is still out on whether the housing market has peaked.

In my opinion, I do think the Sydney and Melbourne markets are at or near their peak for this growth cycle of 5 years of exceptional growth, but the Central Coast market still has some time to run. The Central Coast remains a very compelling market for an investment or lifestyle change for young families, now that Sydney has become difficult to afford.

I think we will see the pace of growth in property prices slow but not stop. Property prices will keep growing but at a lesser rate per year.

Locally, stock remains in tight supply and whilst buyer numbers have dropped, the number of purchasers still exceeds the stock available. Good quality property is still selling well and we continue to see great sales results.

Depreciation is one of the best tax breaks available to property investors, but you’ll need a depreciation schedule in order to claim it.