Doug played several seasons of league with the Eastern Suburbs’ Roosters, before finishing his career at the Penrtih Panthers.

His son, Luke, is well-known as the longest serving player at the Sydney Roosters, and as husband to media personality Kate Waterhouse.

“He’s been in the building 17 years. He was one of the original residents,” Mr Lamont said.

“It took him a while to make the decision, but he’s moving back down to the Cronulla area, near his daughter.”

Doug Ricketson poses with son Luke — both formerly played for the Roosters. 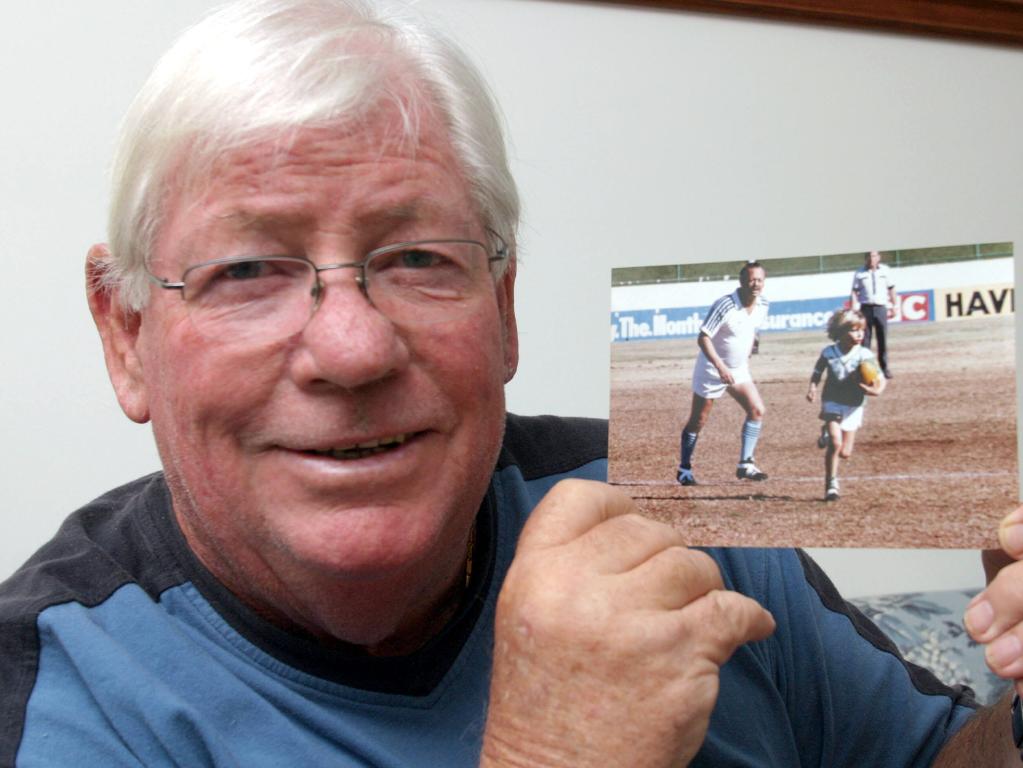 Doug didn’t have any issues selling his luxury apartment, which sold for $800,000 in record time.

The unit’s new owner was the first person to view the property — a 95-year-old woman who put in her bid on the same day her Wallamby home sold at auction.

The two-bedroom apartment’s views were a key consideration for its buyer.

“All the residents are ecstatic with the result — I’ve listed another one in there today because of the price,” Mr Lamont said.

He added the home’s new owner liked the size and layout of the property, but really fell in love with its ocean views.